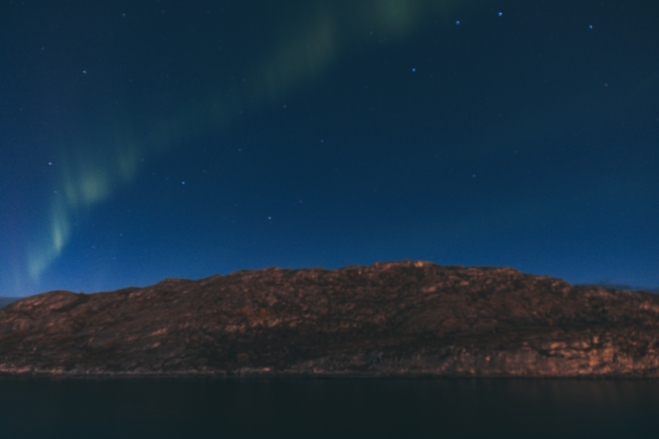 We had just passed the halfway mark and were well on our way into Northern Norway. It became clear as we drove that this part of the country was a lot more sparse in terms of towns, people and accommodations. 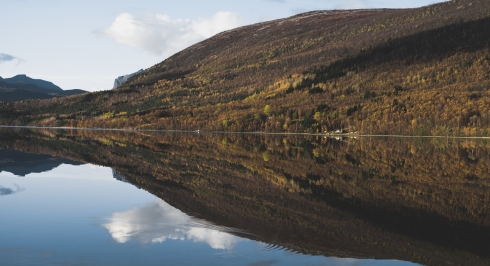 It also became apparent that it was a lot more populated with wildlife and other natural beauty such as reindeer, moose, fjords and waterfalls. We had our first encounter with a moose not long after entering the northern part of the country. Driving along at 60 km/hr right near sundown I saw someone coming towards me flashing their lights, before I even had the opportunity to question what the signal meant, a giant moose leapt out into the road.

Time seemed to slow down as this behemoth of an animal crossed the two lane highway in almost a single bound. Rach and I had never seen a moose before and we had nothing to compare it to in terms of size, but with a full rack on its head and the underside of its belly being as high as the hood of my car, I think its safe to say that this moose was monstrous. We pulled over and backed up with cameras in hand trying to catch a glimpse of it as it ran into the forest. Our efforts were in vain but our level of excitement was through the roof and from that point on we were both like eagles looking for mice in the tall grass. We were constantly peering into the woods to see if we would find another one and as it would happen, we didn’t need to look far.

During one of our walks through the forest we came less than ten feet away from one before realizing it. It was standing motionless in the trees and as soon as we saw it we froze also. This huge animal was staring intently at us while perfectly camouflaged by the trees, we were so stunned that neither of us even thought to grab our cameras, we just stood, mouths agape, staring and wondering how we could have gotten so close without even realizing it.

Although we didn’t get as many photos of moose as we would have liked, there were so many other amazing looking and friendly animals just around the corner.

Later that night we drove to a little peninsula that housed a fort thats open to the public. We had our cameras and tripod and were ready to watch the northern lights dance in the sky. We spent three hours in awe of what was easily the most epic display of wonder we had every seen. 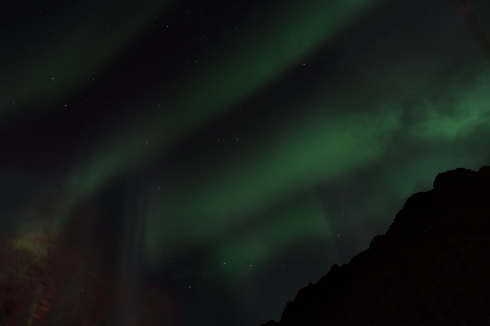 Seeing the northern lights as many times as we did was unbelievable but never lost its value. Each time we were able to see them we were moved to silence, the only thing you could hear was our cameras shutters going off at light speed to try and capture the moment. 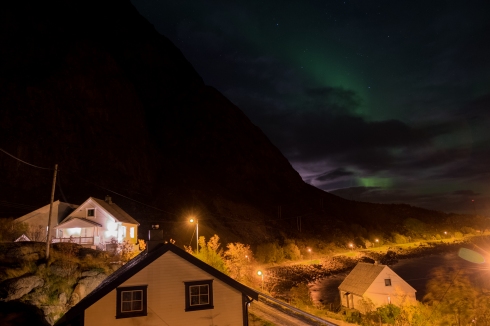 On our way back to our little apartment I peered into the blackness in front of us at was seemed like a huge shadow creature reaching up into an overhanging tree. I slammed on the breaks as I realized it was another moose! standing in the middle of the road and eating leaves off the low branches of the tree.

It was standing sideways in the road and there was no way around, so naturally, we grabbed our cameras and started snapping pictures. after almost forty minutes the moose seemed to have enough of the leaves or the attention and scampered over the guard rail and into someones backyard. 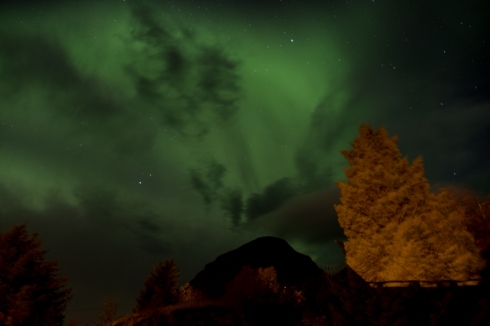 We left Bodo the next day and drove further north to Lofoten and continued on from there to Å. Over the next couple days we had the pleasure of seeing many more herds of moose and reindeer!

We drove over and through mountains to get to our next several destinations and for the most part the weather held up, aside from some wind, we had mainly sunny days and we enjoyed it to the fullest. Norway was epic to say the least. The air was fresh and the mountains were so beautiful. We can’t wait to take our next trip to Norway!