Our train ride to Chiang Mai was very comfortable, we slept on the bottom bunks which are a little wider than the upper bunks we had slept on during our trip to Bangkok. We were also in the middle of the cabin instead of right next to the doors which made for a much more peaceful ride. We didn’t have to hear the door open and close every time someone entered or exited the train. We were entertained by an incredible lightning show that went on for hours as the night waned on, and we were served a nice little breakfast of bananas, muffins and tea in the morning. 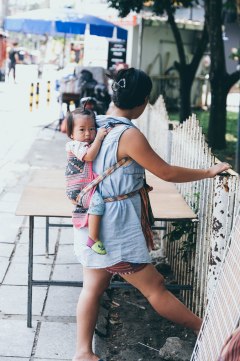 We arrive around 9am and took a tuk tuk to our hotel, which was only about ten minutes away from the train station. While we were waiting for our room to be ready, we met some other travellers who also happened to be waiting, we ended talking about our adventures for a while before going our separate ways for lunch.

After checking in and putting our things down, we decided to go for a walk and get familiar with the area, as it turns out, there isn’t much going on during the day unless you’re doing a day trip to one of the waterfalls, elephant sanctuaries, or temples. As the day turned into the night we noticed the stalls being set up along the streets and knew that the night market here would be something special.

We headed back out and found ourselves lost in the myriad of artisan crafts, local food stalls, live music and of course hollers from tuk tuk drivers looking to give you a ride somewhere. As we wandered through the laneways we noticed some familiar faces and went over to say hi. The guys we had met earlier were enjoying some food and invited us to join them. As we ate, we spoke about our lives and quickly grew to realize that we had a lot in common, we spent the rest of the night walking around with them, exchanging stories and laughing together before heading back to the hotel. They were off to the elephant sanctuary the next day so we decided to head out and explore some temples.

As we moved through the city from shrine to temple there was one that stood out from the rest. We were outside taking pictures when a monk appeared in the window and motioned for us to come inside, we removed our shoes and made our way in to meet him.

He was sitting at a little desk writing notes and as we approached he looked up, smiled and motioned for us to sit. As we began talking he told us about his life, his father and family, he told us about the 232 guidelines and the five that are most commonly adhered to. 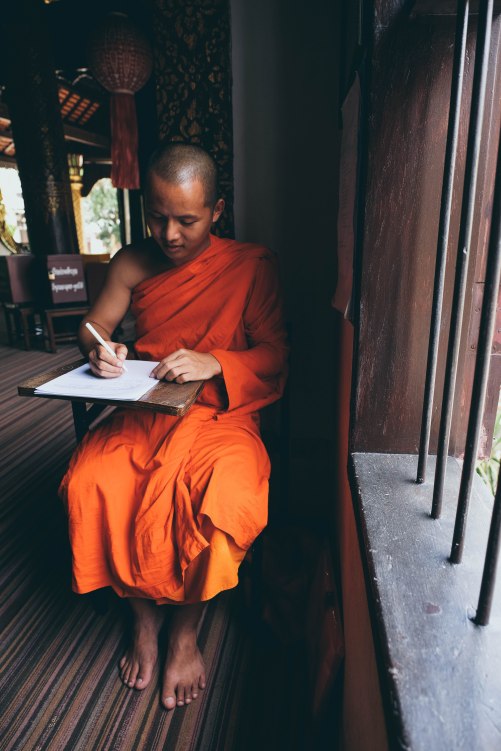 The one thing that stood out most to me was that in all 232 of these guidelines, the words “do not” never appear, one is only ever asked to “avoid” doing something. He explained that buddhism is not a religion but a philosophy, one that changes and adapts as the world around us moves forward.

As we spoke, I found that I have more in common with the philosophies of buddhism than I ever would have thought. It was nice to have a name for the things which had always just seemed right to me. I liked the idea that one is not forced to be a monk, it a choice, and after a month, if you don’t like it, you may leave.

We spent the rest of the day back at our hotel by the pool where we met up with our friends again and went out to grab some dinner and walk through the markets. 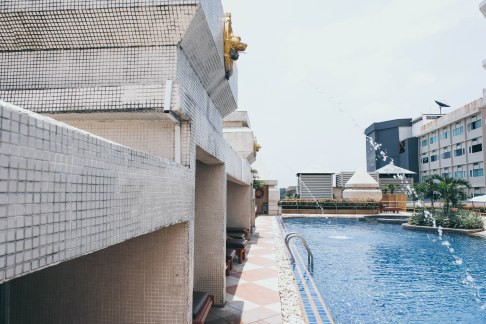 Chiang Mai was calming, friendly and overall we had a really good time, it was nice being away from the hustle of the big city in Bangkok. The quiet nights and even quieter days, ladies pushing carts full of their home made soup or bringing their foot powered sewing machines onto the sidewalk to do clothing alterations in the open air is something we enjoy much more than traffic, streetlights and sirens.

We spent the next couple days doing research and planning out our next big adventure to china.

If you’re interested in our travels and want to see more of our creative side, check out our YouTube page and subscribe to our channel! Heres our video from Thailand!