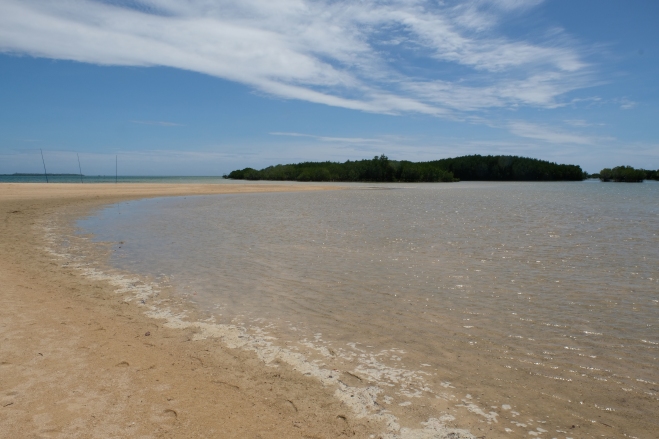 Posted on March 23, 2017 by theywentthere Posted in Uncategorized

The Philippines, a whole new world for us that all started with the long arduous ride from Gili Trawangan. We had missed the first ferry off the island of Gili and almost missed our flight to Singapore due to a hold up at customs. We then spent five sleepless hours between 1am and 6am at the airport before our flight to Manilla. From there, it should have been clear sailing but our flight in Manilla was delayed multiple times, leaving us sitting in an overcrowded room for four more hours than we should have been. It was fine, we ate rice, drank coffee and sat in massage chairs for an hour or so.

We finally made it to Puerto Princesa and were a little shocked at the sudden change of being in a city that was so full of people, cars and life in general. As excited as we were to go out and see the sights, we also needed to decompress a little. We spent the day wandering around a nearby mall, trying local foods and took the time to enjoy what was in front of us. We were about to head back to our hotel when on impulse we decided to sit down, have a coffee and try to sort out what our next couple days would entail. As we sipped our drinks and researched our trip to the famed underground lake, the couple sitting next to us piped in about their own experience. We began talking about menial things but slowly eased into a rhythm of conversation that you usually only find with long time friends. Two hours passed and we thad spoken with this couple who seemed more akin to us than we could have imagined, sharing our love of music, traveling and living a life of quality not quantity. Another hour passed and we were beginning to see that Sam and Pat would end up holding a special place in our hearts. As the third hour rolled by we found ourselves deep in conversation but also very hungry. We were forced to go our separate ways but still keep in touch and hope to do so for a very long time to come.

We never ended up going to the Underground River because we learnt that it is a money grab and rushed experience with little opportunity to do anything other than follow the instructions of the guide. We decided to go island hopping instead and were so happy with the experience that we had. Three beautiful islands that had us snorkelling over colourful reefs, flipping off diving boards to the delight of other tourists and locals, and meeting more new and interesting people.

Overall, Puerto Princessa proved to be a very rural city with not much to do outside of over priced tours. We made the best of it by engaging with the locals and other tourists alike and creating memories along the way that would outshine the city itself.